Interpol is a 4th grade 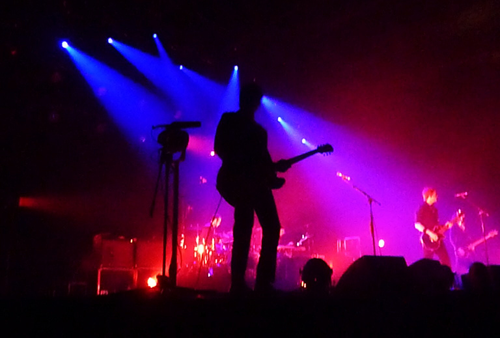 2011, March 15th. Zénith, Paris, France The concert is about to start. Matthew Dear convinced us to wait for it from the bar, drinking expensive cheap beer. Five suited-up guys enter a foggy stage, something they may have learned when they were opening for U2 a few months ago. Three founding members of the band are still there : Paul Banks aka Julian Plenti, vocals, Daniel Kessler, guitars, and Sam Fogarino, drums1. Farewell dear Carlos D., bass player and full-time candidate for the world most classy person position. Less than one year ago, he was replaced on stage by Brandon Curtis (keyboards and backing vocals) and David Pajo (bass)… who’s just announced he was off the ship, being last-minute replaced by Brad Truax whose resume just sums up two weeks of this Interpol job.

Success and Say Hello To The Angels open the show. Two big hits to be forgiven of the not-so-sharp sound that will need another few songs to be completely set up. The audience is quite steady, as usual in Paris, but seems delighted to be here. Watching it closer, it appears the average person around us is about 30 and not a single real young person can be seen. It’s not surprising as Interpol is now a veteran of the famous rock revival scene from the early 00s. Strokes, Interpol, Libertines, Kings of Leon or even Franz Ferdinand aren’t young bands anymore and each of them will celebrate the 10th anniversary of their debut release pretty soon. We’ll get back on this subject at the occasion of the celebration of the 10th anniversary of The Strokes’ Is This It this summer (can you believe it? ten years!). 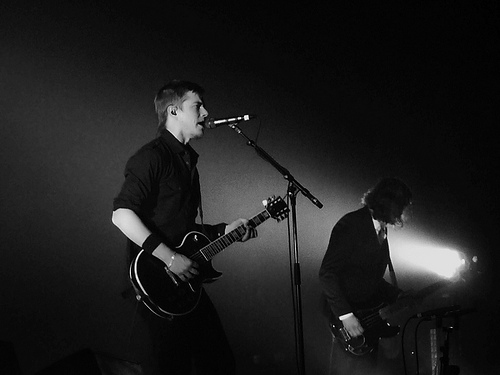 During the last decade, Interpol became one of my top favorite bands. First, the New Yorkers made me open the door again to the “cold wave” of the late 70s and Joy Division in particular and I’m grateful for that. Then, from Turn On The Bright Lights (their first LP released in 2002, that I had first discovered thanks to a samples split CD exclusively given to street fans of Nada Surf) to Interpol (last album to this day, the fourth one, released in 2010), I’ve never been disappointed. It’s nice to grow old with a band by your side. Major artists often have maturity growing album series in their discography. The Beatles, the Kinks and the Rolling Stones are among them of course, but being born in the 80s, they’re not contemporaries (really?). Thinking about it, Blur and Interpol are the only bands coming to my mind when I think of the bands that grew old with me. Hmm… This post began as a concert review, let’s get back to it before I turn this into a love letter.

After Lights in the middle of their set, a song with an incredible potential but quite frustrating on stage, Interpol goes slower, which is nice, and both important (you may not be aware of it but you don’t want a full-speed 90-minutes long gig) and risky (you may be 100% aware of it but you don’t want to get bored either), before beginning the sped up final by The Heinrich Maneuver and conclude with Not Even Jail. Let’s bet that Obstacle 1 and Slow Hands will be played during the encore, and oh yeah, we got them and even another Untitled for the road. The dramatically intense Pioneer to The Falls wasn’t played but we’ll get over it.

Banks et Kessler are smiling when it’s about time to leave the stage : that’s a first time in my Interpol concerts experience. They’re usually cold, in the way you want Interpol shows to be cold. Even better, they salute the audience cheerfully with a not-original but quite reassuring for a band-that-split-up-many-times-without-telling-anyone «See you next time». 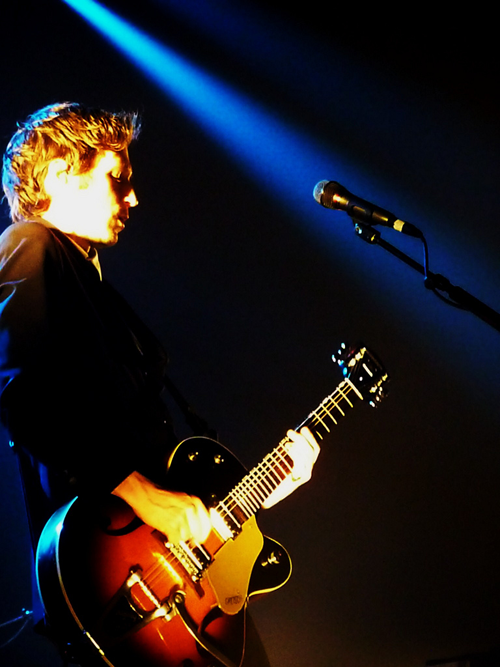 If people among you don’t know Interpol that well, this is a Interpol for Dummies playlist.

Comet Gain - The Fists In The Pocket